AAC Campaign--Get people talking about AAC and help more people get access to communication technology, training and ongoing support
We are continuing our efforts to bring awareness and understanding of the need for anyone who has limited communication to gain access to other ways to communicate, termed AAC (augmentative and alternative communication methods). These methods include other ways to speak, write and read such as electronic talking aids, computers, tablet computers, boards and books with pictures, words, and letters, Talking Mats, Communication Passports, eye-gaze, partner-assisted scanning, facilitated communication training, Rapid Prompting Method, gesture and sign language, and captioning. We encourage you to learn more and to teach others about AAC methods and how they can help with expression and with understanding what is being said.
Here are some ideas for learning more about AAC, increasing the visibility of AAC and people who use it, and helping people who use AAC to teach others about communication. Invite a person who uses AAC to make a speech or other presentation. Invite a person who uses AAC to demonstrate their communication method and to have a conversation so that others may learn better to interact with and listen to people who use various AAC systems. Host a film about AAC and invite people who use AAC to share their experiences with the audience. Connect people who are new to using AAC to communicate with mentors who are experienced users of AAC. Work with people who use AAC and their families and supporters to organize fundraising events to raise funds for AAC devices in your local area and to share information about AAC. Get local news media to interview people who use AAC and to print stories about AAC technology, the numbers of people who need AAC but may not have access, the lack of professionals trained in AAC, and related issues.

Massachusetts Guidelines for the Preparation of Teachers of [Students with] Moderate and Severe disabilities, December 2011 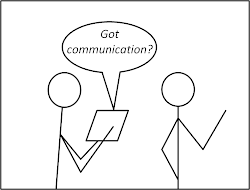